Inspired by Alastair Humphrey's idea of microadventures, I decided I would try to do a small adventure once every month in 2013. Well, January came and went and I didnt do anything - not a great start. February was quickly passing as well and eventually I found myself on the last day of the month and I still hadnt done a thing. That just wouldnt do though, so I decided I better get out there before the month completely passed me by.

Since it is wintertime here in the Pacific Northwest, I wanted to take advantage of the snow. I planned to snowshoe and camp up at Artist Point, near Mt. Baker. However, a bunch of warm weather and rain had caused the avalanche danger to increase significantly. Not to be deterred, I pulled out my copy of Snowshoe Routes - Washington to look for an alternative. Lanham Lake near Stevens Pass stood out as a nice short trip with a great little lake to camp at and virtually no avalanche danger. So I hopped in my truck and headed out. 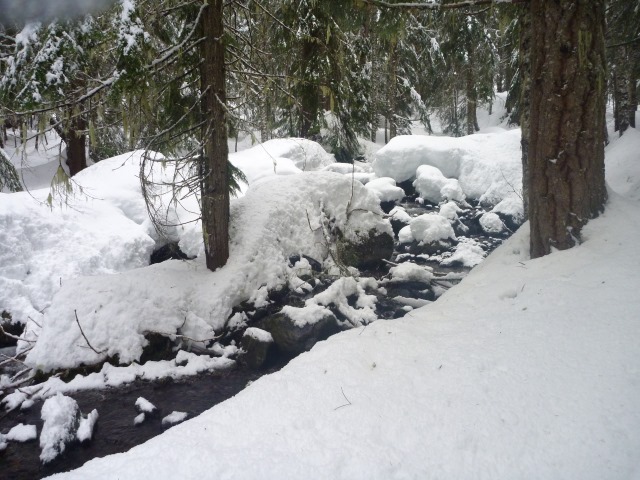 The avalanche danger still caught up with me though, albeit in a different way. The WA Department of Transportation was going to be closing Stevens Pass at 2pm to do avalanche control work. The closure could last up to 4 hours, which would mean zero daylight for the hike. I was in Everett at 12:30, so I knew I would be cutting it close, but as the mile markers passed, it looked like I might just make it. I knew the closure was at milepost 58 and as I passed milepost 57, I still had 2 minutes to spare. However, just up ahead, I could see some flashing lights and a few cars already stopped in the road. Just missed it by literally a minuter or so, so I spent the next two hours sitting and waiting. 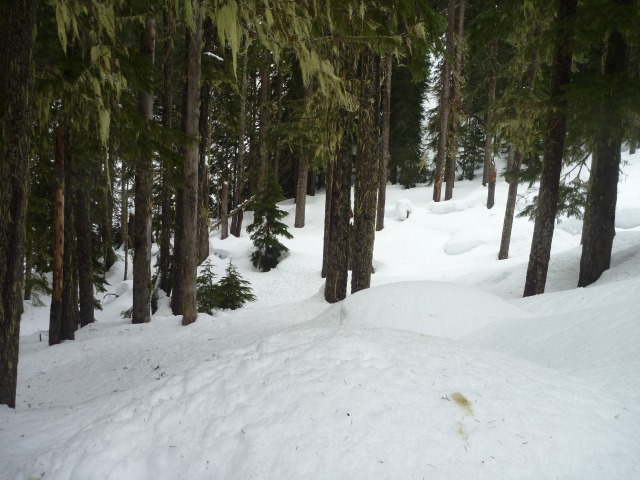 When the road finally opened and I got to the trailhead, It was almost 5pm. Darkness comes early in the winter here, but the days have been getting ever so slightly longer lately so I headed out. I crested the first rise with little daylight to spare and an hour or so in, it was getting dark quickly. I pulled out my headlamp and continued on - snowshoeing through the snow-covered forest with no one around in total darkness was very serene and peaceful. Finally, the rain that had been threatening all day started to come down, and come down hard.

I found a nice spot just off the trail and tramped down a flat area for my tent. I melted some snow and boiled up some ramen noodles, but the rain was really coming down hard so I had to eat quickly and take refuge in my tent. All night, the rain poured and wet snow dripped off of the trees. 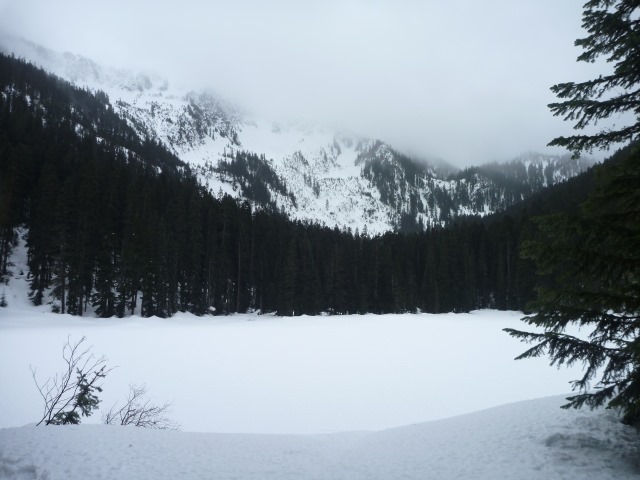 By morning, everything was soaked so I tore down camp quickly without eating breakfast. I continued a short ways up the trail to the actual shore of the lake to have a look around. The snow covered lake was perfectly still. I hadnt seen anyone or any sign of tracks at all, so I had the place to myself. After taking in the views for a bit, I turned around and headed back out. The rain was still falling, but not quite as hard. I made quick work of the downhill return trip and was back at my truck around 10am - just about 24 hours after setting out.

Due to the fading light and pouring rain, I didnt get many photos or video, but here is a very short glimpse of the trip.

Hiking, biking, kayaking all around the state