Part I: Tractor Work Mowed some weeds, leveled some dirt, and just generally got an idea of what we were working with

Part II: The Deck It only took several months and was still only 90% complete. (but really, it is quite nice if I do say so myself)

So now we move on to the thrilling third installment in our 434-part series: Better Know a Landscape - the Fightin' Landscapers!

We had already started working on the lower area of the backyard and completed a couple of retaining walls around the play area. We went ahead and built a similar wall on the other side. We also cleared some brush and put some edging around the lower yard area. 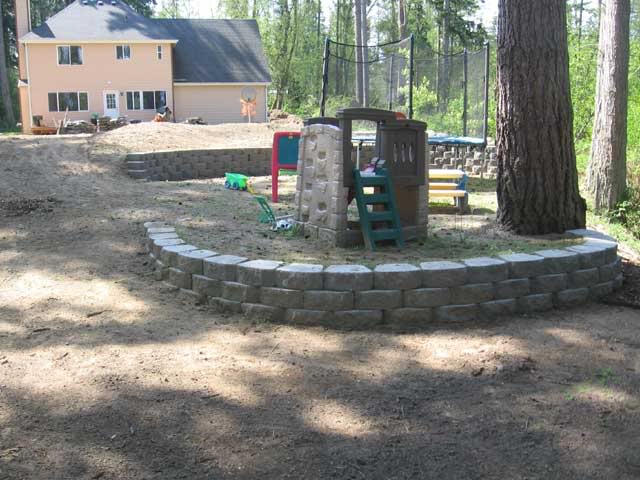 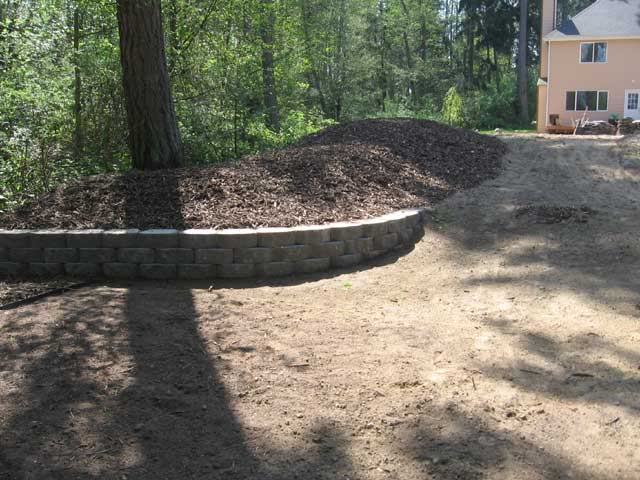 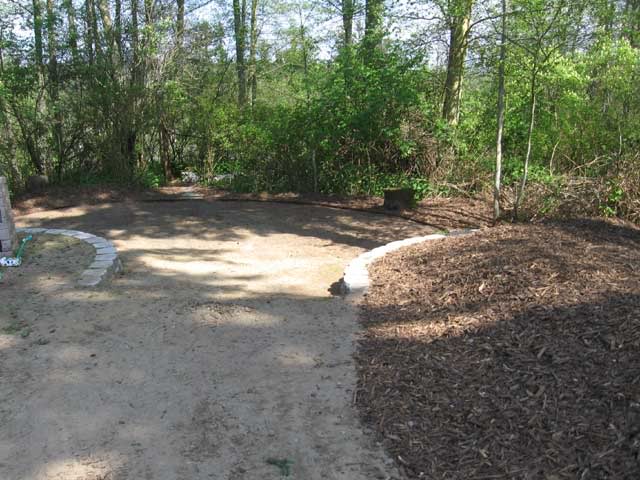 We also spent some time working on the trails leading into the woods from the backyard. We built some steps down a particularly steep portion and use some of our patio stones to make a nice stepping stone pathway. 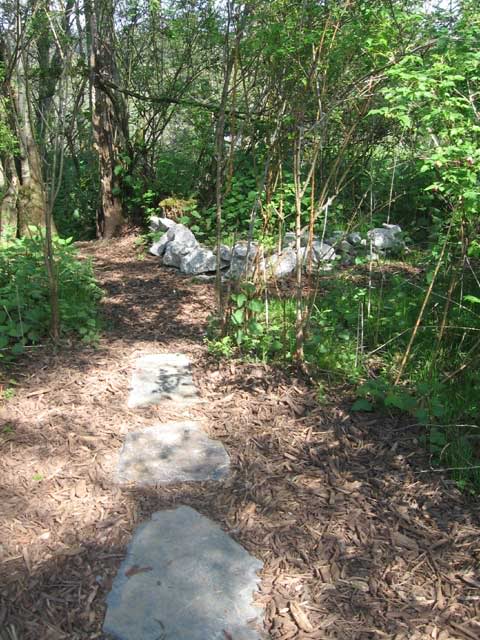 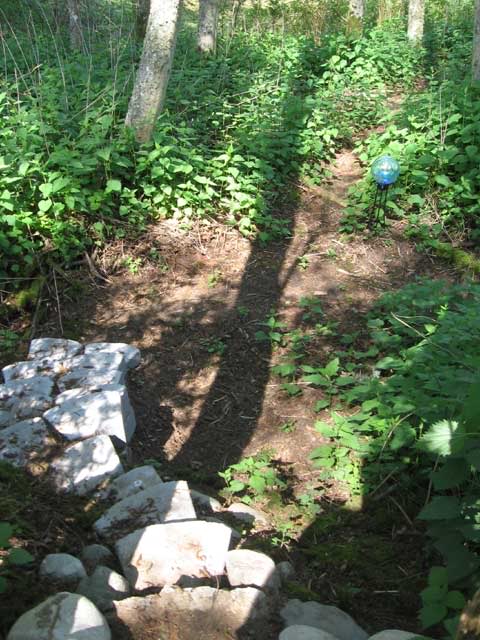 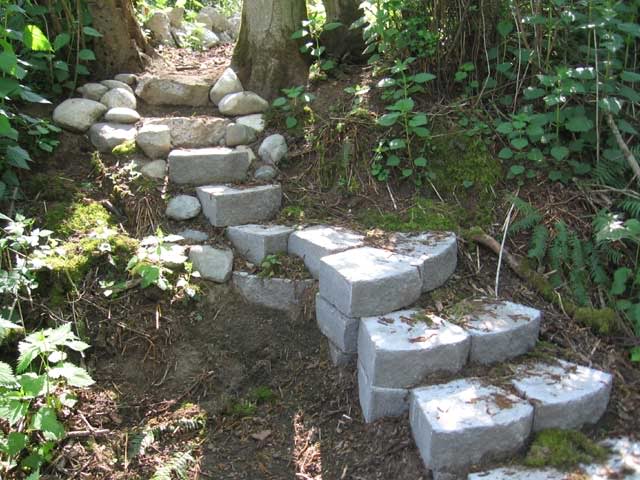 Next up - the front yard. After getting kind of neglected while we worked hard on the back yard, we decided to (temporarily) turn our attention to the front yard. We needed a bunch of dirt to shape the backyard, and the front yard needed a big parking space dug out, so we figured we could get all the dirt we needed that way. We hired Scotty Dozy (that is not his real name, but that is what we called him) to do the job. He brought in a big excavator and a bulldozer and did most of the work in one day. With 4 truck loads of gravel to top it off, we finally had a nice smooth driveway. 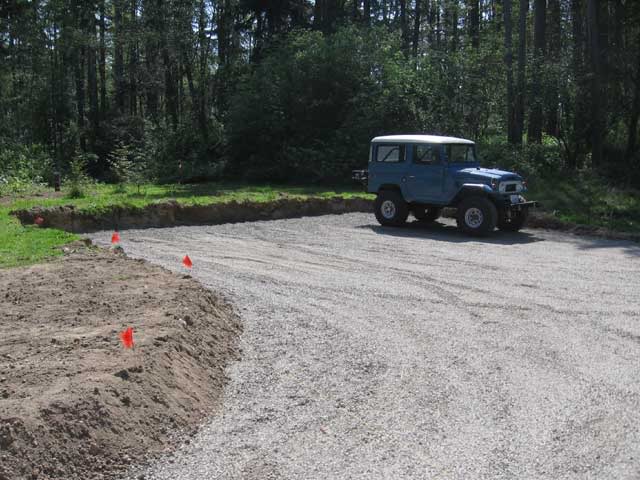 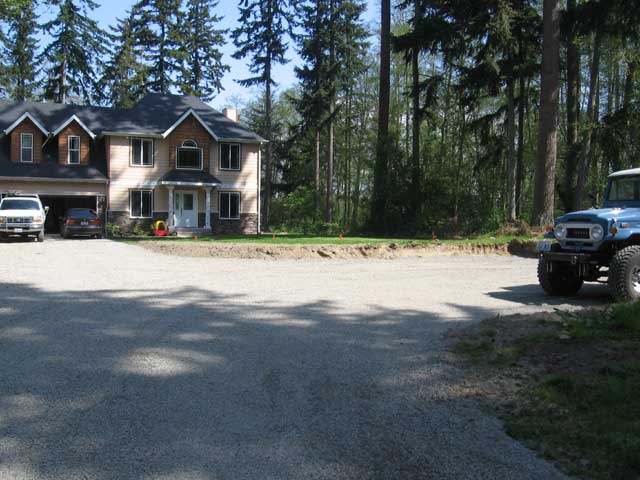 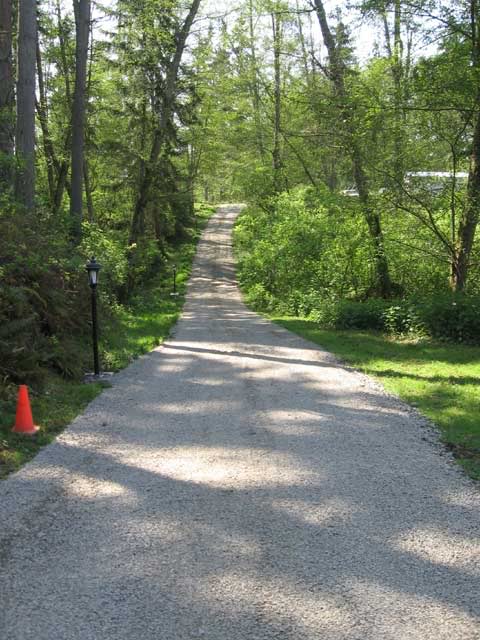 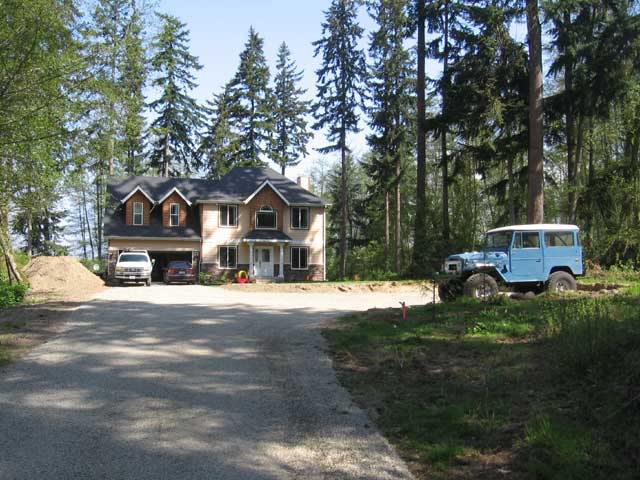 Tthat left us with the big pile of dirt that we needed for the back, so it was time to switch gears and focus on the backyard again. This time we brought back the mighty little track loader to do our bidding. Load after load of dirt was moved and shaped into some contouring mounds surrounding a large circular yard area. We packed and raked the mounds smooth, and then proceeded to start covering them with 'local hogged fuel', which is kind of like really big mulch.

Now it was time to move back to the deck and patio. We had to replace a few boards on the deck that we never did like (well, at least one of us was really concerned about them anyway). We also added some more stones to the patio/walkway to start wrapping it around to the side of the house. It is really turning out nice. 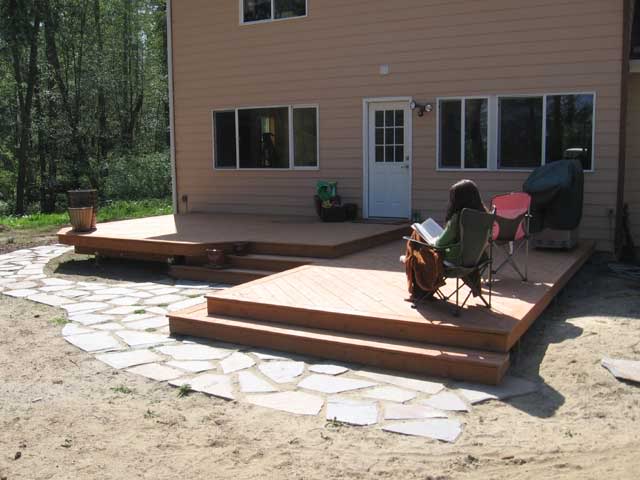 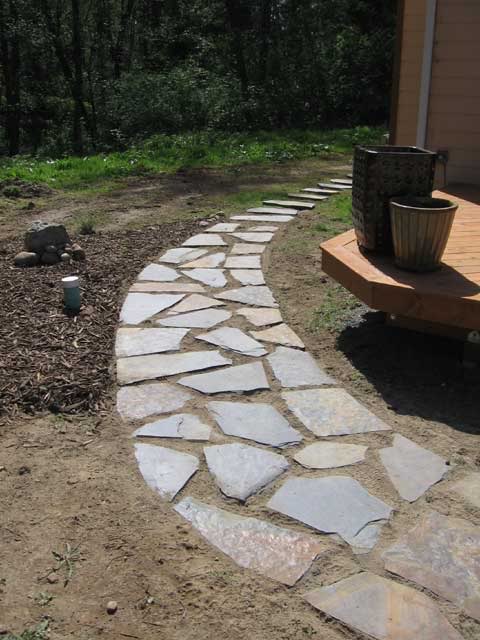 Last year when we moved in, we planted a tree for Earth day, so in keeping with our new tradition, we headed to Bayview nursery to find another tree to plant this year. We ended up with two: a Japanese maple called Katsura and a zig-zaggy weeping birch. 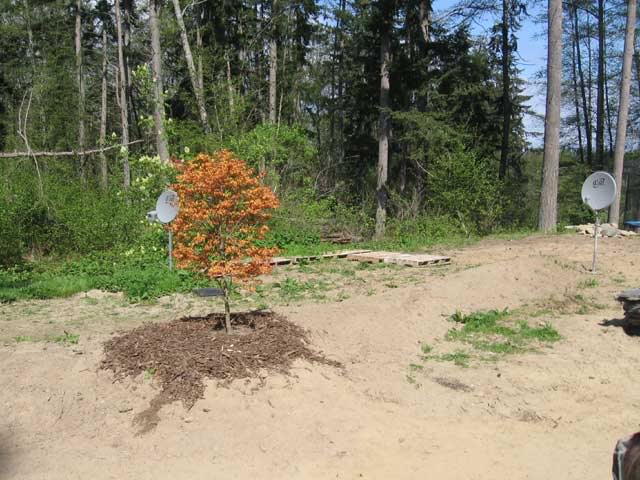 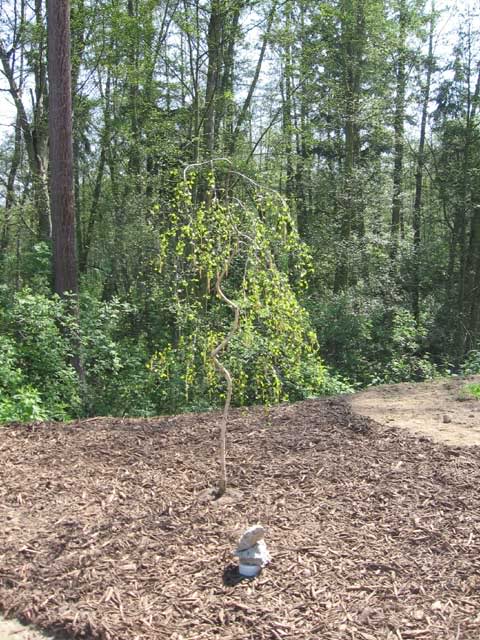 We also have a bunch of plants that we got from the native plant sale to plant still, but for now they are doing just fine in some pots on the side of the house. (Although we saw some more mature serviceberry trees at the nursery and I am excited to get those planted and growing). 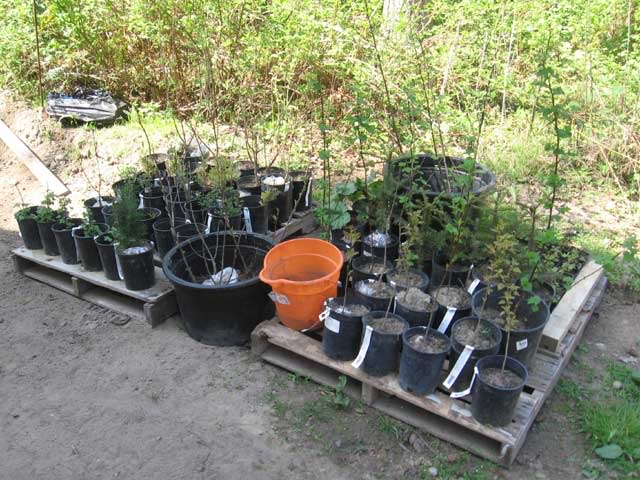 After all of that, we still have a medium sized dirt pile left to deal with (although it was about 4 or 5 times this size when we started): 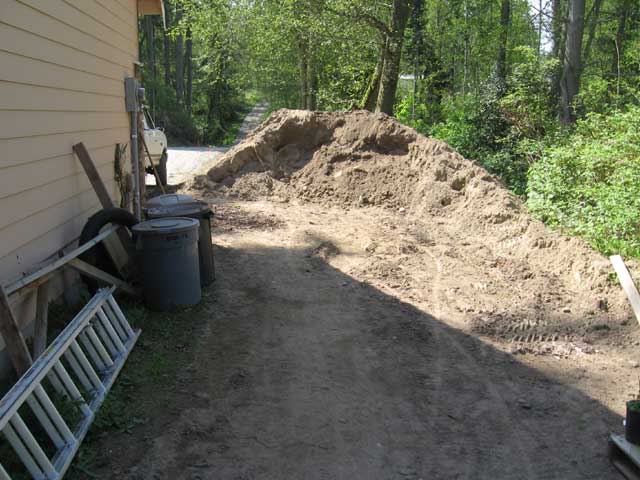 We have also been saving all of our big rocks that we come across - not sure what we are going to do with them yet, but we have a pile of them waiting nonetheless. 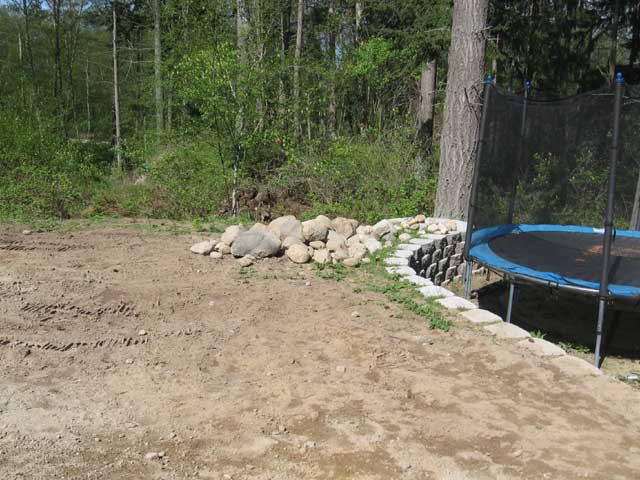 More hogged fuel is on the way this coming weekend so we can get the rest of the bedding areas covered, and then (maybe) we will be ready to get some sod and actually have a yard for summer.