Having moved up here to Whidbey Island, it had been several months since I had ridden my bike and I had yet to get out and explore what the area had to offer. For christmas, I had received Kissing the Trail, a mountain biking book containing 'Greater Seattle Mountain Bike Adventures'. I was anxious to get out for a local ride, so I turned to the section on Whidbey Island to see what I could find. Although there were only two local rides listed, the trails at Goss Lake Woods were described as narrow and twisty, with minimal elevation gain - how could I pass that up? (By the way, that was their emphasis, not mine) =). After a short drive to the trailhead, I pedaled out into the slightly damp forest along a picturesque trail. 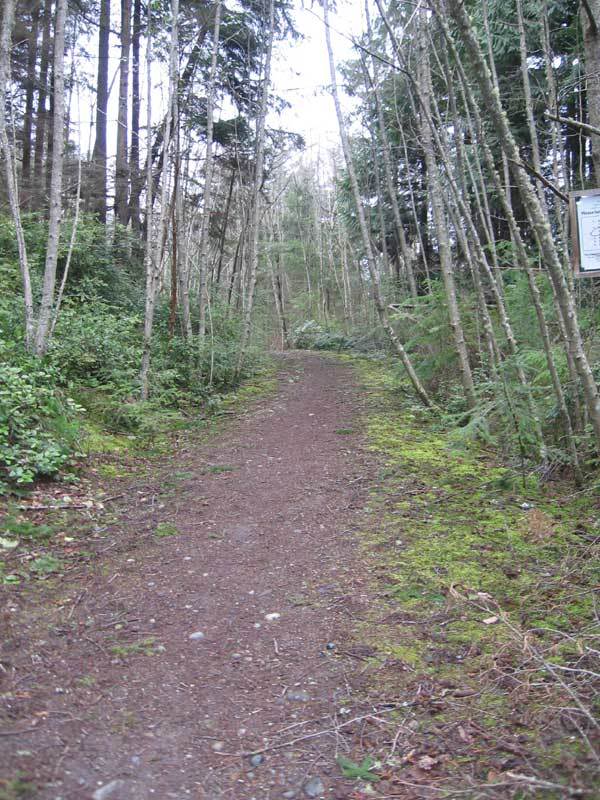 The ride started out on the easy-sounding Frog Lane, Two Kitties, and Jane Erye trails. The trails were wide and smooth, but there were enough fun rollercoasters to put a smile on my face and get my heart pumping. I turned north and looped along the west side of the trust lands, already feeling the effects of not riding in so long. The trails were still pretty tame, but the damp air and lush forest created a quiet stillness that was fun just to enjoy. Plus, the guide book had promised that I was close to Blazing Saddles a 'very technical trail' with 'lots of ups and downs and tight turns in and out of the wrinkles of the forest floor'. So i pedalled onward, enjoying the fresh air and serene surroundings. 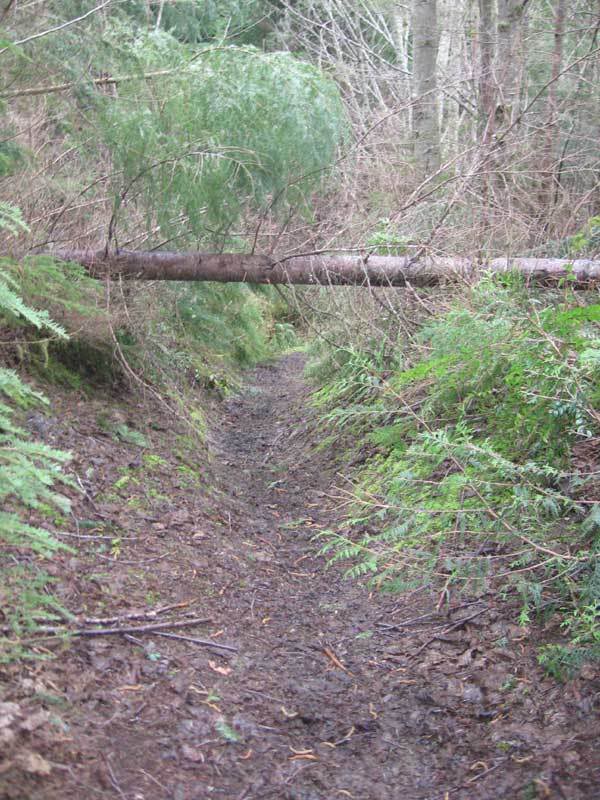 After a couple of deadends and one or two steep hills (hey! I thought there were no hills out here!), I ended up over on the east side of the preserve, up on top of a hill that opened into a grassy meadow surrounded by tall pine trees. It was a little windy in the open meadow, and it felt as if I could have just as easily been on a windswept hillside in a remote part of New Zealand. I hadnt found the technical trails that I was looking for, but the ride was turning out to be really good just the same. I did one more short loop and then started to head back to the trailhead. On the ride back, i noticed a tiny trail heading off to the right into a thick stand of trees. I turned onto the trail and almost immediately found myself surrounded by the dark forest and moss-covered trees. The trail looked like it wasnt used nearly as much as the others, and the fallen trees and roots made for a fun and challenging ride. 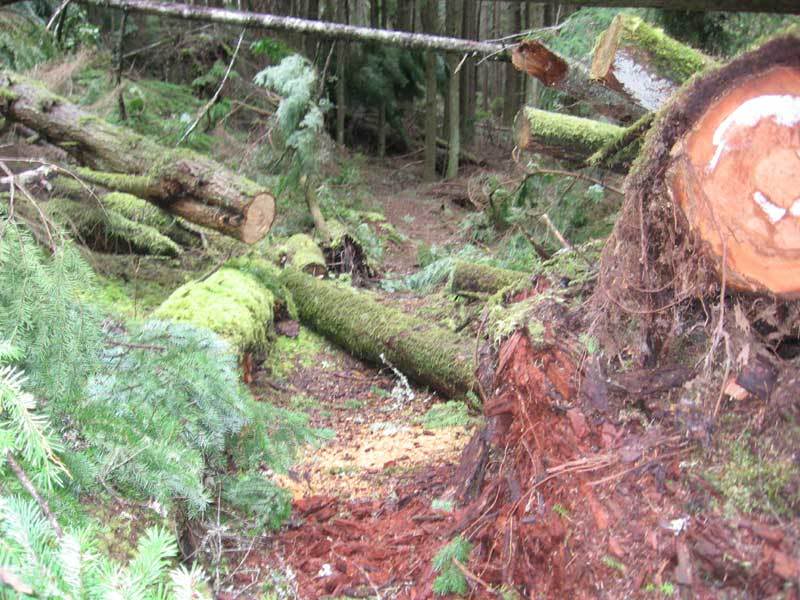 The trail linked me up with another network of trails that turned out to be exactly what I was after. The trails of Flying Squirrel, Sleepy Hollow, and Stryx Varia were incredible - twisty and narrow, zigzagging over roots and squeezing between the towering trees with just enough ups and downs to keep the momentum up and my tires rolling quickly. I felt like I was in my own personal mountain biking heaven (not to mention that I didnt see another person or track on the entire ride). 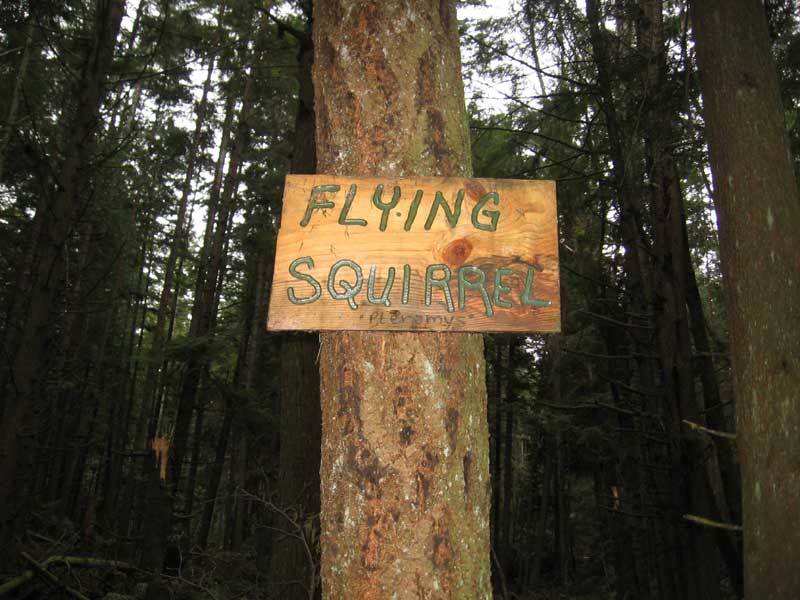 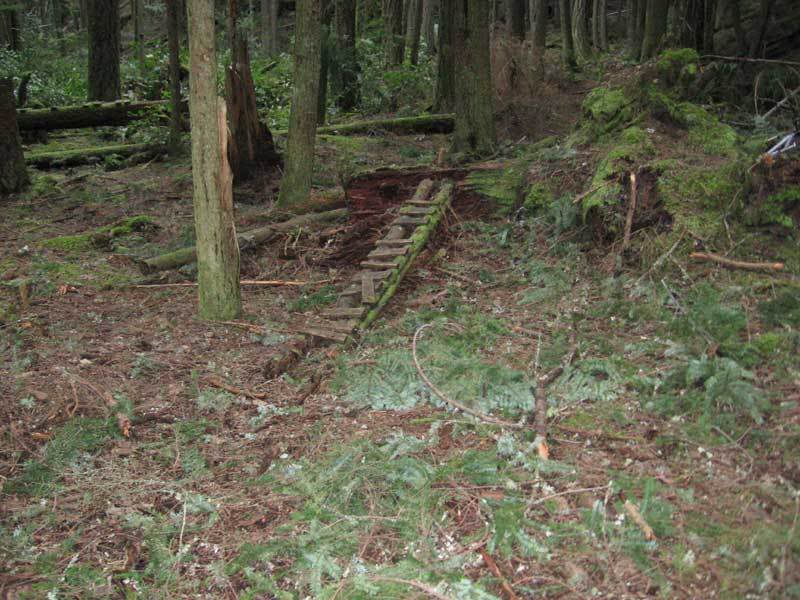 I ended up on some truly single track (about 6" wide, with forest vegetation obscuring the trail in most places) before finally cruising back on the lazily named Lulu Lane. I arrived back at my truck with mud in my teeth and a grin on my face - exactly what I had been looking forward to.

Making a super functional improvement for our new boat